If you’re a medical coder, you’ll undoubtedly encounter many situations throughout your career where you have to make use of the CPT code 96372. Despite this, unfortunately, coders across the country are finding it difficult to appropriately use CPT code 96372. As a result, thousands of medical claims are getting denied regularly and healthcare providers are not receiving the reimbursement they are owed for the service they provide.

This is why it is so important for a medical coder to know how to appropriately use CPT code 96372 to accurately bill for the services you provide to your patients.

Continue reading to learn how you can use accurately use CPT code 96372 to optimize your billing processes and minimize claim denial rates.

As per the American Medical Association, 96372 is a Current Procedural Terminology (CPT) used to code for a medical procedure under the range of therapeutic, diagnostic, and prophylactic injections and infusions. It essentially codes for the intramuscular or subcutaneous injection of a small volume of medication to a patient in a single shot, as opposed to intravenous administration which is given very slowly and requires a greater commitment of time from the healthcare provider.

Reimbursement for CPT code 96372 is authorized in one of two conditions:

When billed in combination with an E/M service (CPT codes 99201-99499) by the same medical provider on the same day on which the E/M service was provided, separate reimbursement will not be provided for the therapeutic or diagnostic injection(s). Instead, the healthcare provider will only receive reimbursement for the Evaluation and Management service they provided on that date, regardless of whether a modifier was appended with the CPT code.

Here are some general rules to remember when billing for CPT code 96372:

When Should Modifier 59 Be Used?

As per the CPT manual, Modifier 59 is used to describe a certain service or procedure performed by a healthcare provider as distinct or separate from other procedures/services performed on the same patient on the same date. Essentially, modifier 59 documents procedures/services that generally aren’t documented in conjunction but are appropriate to do so only for some special cases.

However, if the volume of a single intramuscular or subcutaneous dose needs to be split into two or more syringes, you can only bill for a single unit of code 96372. For example, if you administer two different drugs to a patient, but have to use three separate injections to administer them, you would only bill for CPT code 96372 twice along with their drug supply codes and a modifier 59 code on the second injection code like this:

Modifier 25 must also be attached with an Evaluation and Management code if an injection is given to the patient, but the Evaluation and Management service is not linked with the service of administering an injection to the patient. For example, a patient presents to your clinic with shoulder pain and was diagnosed with a respiratory infection during their exam. The physician injected Vancomycin drug into the patient for the respiratory infection.

Medical coding for CPT code 96372 can be quite a taxing task. After all, insurers are constantly looking for ways to deny your medical claims by searching for errors in your billing codes. But your job is to make sure that all your medical claims are free of errors and comply with the ever-changing rules and regulations of medical billing and coding. 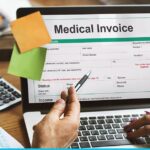 My name is Simon and I hold a Ph.D. in Medical Sciences. I bring to Precision Hub my seven years of exposure. As a medical writer, I have contributed to industries as vast as medical devices & med-tech, pharmaceuticals, healthcare agencies, hospitals, health tech firms, and healthcare communication agencies. 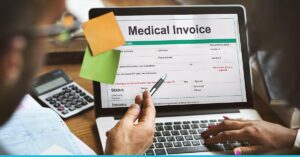 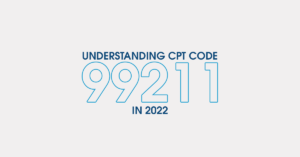